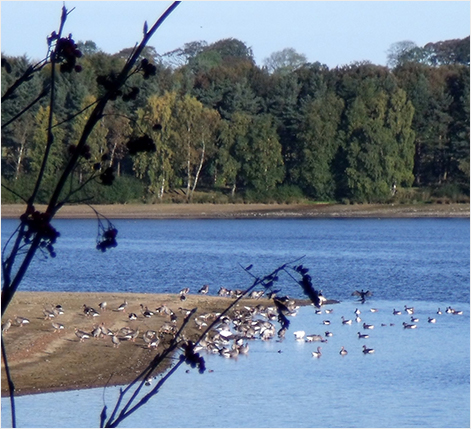 Find out more about the Alwoodley Parish  Neighbourhood Plan

The Referendum took place on 28th June and 92% of local electors who voted supported the proposal.

The policies in the Plan can be found here:

A full copy of the Alwoodley Parish Neighbourhood Plan can be found here:

There are hard copies of the Plan, the Policies, the Examiner’s Report and Leeds City Council Decision Statement in Moor Allerton Library and the Alwoodley Community Centre.

Find out more about the Alwoodley Parish Neighbourhood Plan

Alwoodley Parish Council has prepared the Alwoodley Neighbourhood Plan. The Plan has been through an independent examination and Leeds City Council has confirmed that subject to modifications the Plan may proceed to the Referendum stage.

The background to the progress followed in developing the Neighbourhood Plan is set out below:

The final Alwoodley Parish Neighbourhood Plan can be found here:

The background to the progress followed in developing the Neighbourhood Plan is set out below:

One outcome of the Localism Act 2011 is that communities can help shape and deliver new development within their areas. Under the legislation people living in Alwoodley have been able to produce a local plan for the future development within the parish which in due course would have a formal planning status.

The Parish Council felt that there are major benefits in producing a Neighbourhood Development Plan (NDP) and a Steering Group was formed to drive forward this initiative. We are very grateful to them for all their hard work.

Creating the plan isn’t an easy, quick or straight forward task and the process will have taken over four years to completion – the steps include:

The Group consists of Alwoodley Parish residents and Alwoodley Parish Councillors, but could also include representatives from local businesses, organisations, land owners and developers etc.

Defining the area to be covered by the plan.

The Steering Group needed support and input from the Alwoodley Community and initiatives were put in place to seek their views and opinions.

The NDP will need to be checked by City Council planners to ensure it is legal and compliant.

An independent examination of the draft plan has been arranged.

A referendum will be held within the area covered by the plan requiring a ‘simple majority’ (over 50%) of those voting to approve it.

The final outcome would be the formal adoption of the NDP by the City Council who would then be bound to take the plan into account and consult with us over all future developments.

Other articles in Local Free Press and Community Association Newsletters

Along with the Parish 2014 Newsletter all households in the Parish were sent a copy of a Questionnaire seeking their views on what they thought about living in Alwoodley to help identify key issues for the Neighbourhood Plan.  Some 645 responses were received – 17% of those surveyed.

The following is a summary of the responses. The majority of the returns were from those who had lived in the Parish for more than 20 years.

The percentages given below are of those respondents who gave an answer to the question. Respondents were able to give more than one response to each question.

Comments made by respondents were passed to the Parish Council. The Neighbourhood Plan was drafted using the results from the questionnaire.  There were some concerns that we cannot address in the Plan because the problems identified did not lie within the Parish boundary.

The draft Alwoodley Neighbourhood Plan – pre-submission version – was published in June 2016 and was available for comments at Moor Allerton Library, Alwoodley Community Centre and on the Parish Council website.  The closing date was 31 August 2016.  An Open Day was held at the Community Centre on Thursday 14 July and was well attended during the day and early evening.

Arising from the consultation we received a total of 52 responses including 14 from statutory consultees and other organisations.  Some 38 parishioners responded in person, by letter or by email.  All responses with a return address were acknowledged together with an explanation on the reasons for the proposals or why the Neighbourhood Plan was not the appropriate place for the suggestion.

Responses were very supportive of the proposals in the Neighbourhood Plan.  A number of errors in the names of green spaces were spotted and these have been corrected.  Requests were made to add further green areas in the Golf Course estates for designation as Green Spaces.  As these were small and generally part of the street scene they have been added, but not for formal designation.

There were several comments about redevelopment of existing properties.  The Neighbourhood Plan has been enhanced as far as possible, although “permitted development” rights prevent both the Parish Council and the City Council from acting against such development.

Many comments related to matters outside the remit of a Neighbourhood Plan, such as parking and the impact of traffic on roads in the Parish.  These were referred back to the Parish Council.

A number of policies have been withdrawn as they are already covered by National or Local policies.

Leeds City Council sent detailed comments mainly about the structure of the policies to ensure that the Neighbourhood Plan passes the Inspection stage and meets National and Local requirements.

The complete Draft Neighbourhood Plan together with the Basic Conditions Statement and the Consultation Statement were submitted to Leeds City Council on 22 September 2017.

Leeds City Council has now taken over the next stage of the consultation.

The Submission Draft Neighbourhood Plan is the amended version of the plan which went out for consultation in August 2016 and takes into account the responses that were received from residents, businesses, organisations and statutory bodies.  It contains the detailed analyses undertaken to underpin the policies outlined in the Draft Plan.  The Plan conforms to Leeds City Council Core Strategy.

The Basic Conditions Statement is a legal requirement.  The Localism Act (2011) sets the basic conditions that Neighbourhood Development Plans:

The Basic Conditions Statement includes the SEA Screening Opinion as an Appendix.

The Consultation Statement sets out the background to the preparation of the Alwoodley Parish Neighbourhood Plan as well as showing a chronology of the publicity, engagement and consultation that has helped to inform the plan.

The Completed Draft Neighbourhood Plan and the associated documents submitted to Leeds City Council are available to view from links on this page.

The Neighbourhood Plan submitted to Leeds City Council was sent for independent examination to check that it complied with basic conditions and other requirements.  The Examiners Report was submitted on 15 December 2017 and subject to modifications he recommended the Plan should proceed to a local referendum.

Leeds City Council has made modifications to the Plan. The Plan will now proceed to a Neighbourhood Planning Referendum on 28 June 2018

The Steering Group has completed the preparation of the Neighbourhood Plan. A draft Plan was made widely available in July 2016 for residents and other stakeholders to make comments. An open day was held in July 2016 where members of the Steering Group and Parish Councillors were quizzed about the proposals. Some 52 contributions were received and after taking these into consideration the draft Plan was modified. Further comments were received from statutory consultees, such as Natural England and the Environment Agency.

Presentations have been made at the Annual Parish Meetings and articles placed in the Parish Newsletter.
The final Plan was submitted to Leeds City Council for examination and residents and other Stakeholders were invited to comment to Leeds City Council during the Consultation period commencing 16 October 2017.

The Plan has been independently examined and Leeds City Council has decided to submit it to a parish referendum following modifications recommended by the Independent Examiner.