The Parish Council has organised and has paid for the white lining of the parking spaces and one-way system in front of the shopping parade on King Lane on the north side of The Avenue. This follows complaints that there have been confrontations between drivers on the road which, when cars are parked, is only wide enough for one vehicle. Now the entry to the car parking area is via The Avenue and exit via King Lane. Access to the private park at the rear of the shops is unaffected by the No Entry sign. The new white-lined parking spaces are wide enough to cope with large vehicles, and will help make sure fewer spaces are blocked by indiscriminate parking. 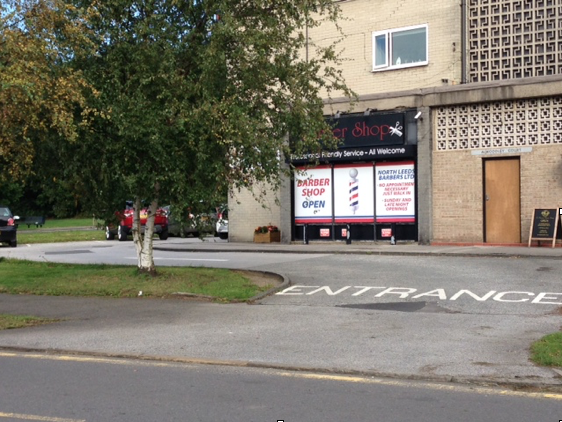 In 2016, to mark the 90th Birthday of Her Majesty the Queen, the Parish Council organised a concert by the Altofts and Normanton Brass Band on the Village Green. There was a large and enthusiastic crowd who enjoyed the wonderful performance and in spite of ominous black clouds the rain managed to hold off until almost the end of the programme.

It was a great success, and even before the concert ended we were being asked if we would arrange another one. This is now going to be an annual event and information will be on the website once the date has been arranged. The only thing we cannot guarantee is the weather! 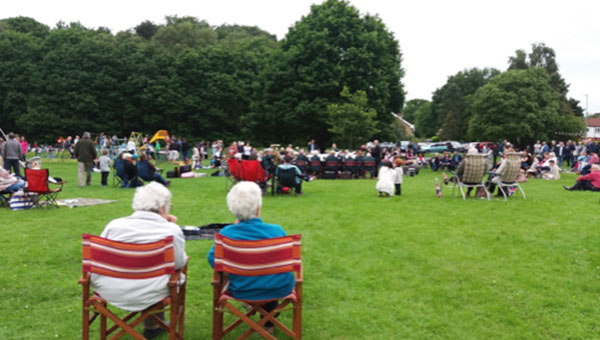 As a more lasting tribute to the longevity of our Queen, the Parish Council commissioned the creation of a new flower border on Alwoodley Lane.  Once again this border was designed for us by Amira Gardens.  It is hoped that the location of the border will deter some indiscriminate parking that has been happening at the entrance to one of the footpaths leading to Eccup reservoir.

One of the things that concerns us, and from your comments, concerns many of you as well is the unsightly state of some verges where cars and vans have parked and churned up the grass. In an attempt to reduce this, we have ordered some signs from Leeds City Council and these will be displayed around the Parish in places where the problem is prevalent. 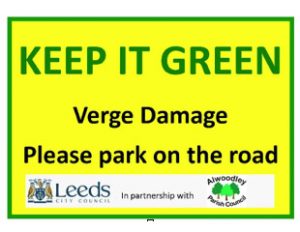